Fractional laser refers to the use of laser physical light waves to significantly increase the collagen in the dermis, while effectively removing local scars and improving skin quality. Fractional peeling leaves skin smooth, fair, radiant and elastic. It can also remove minor stains and scars with good results and is a leader in beauty programs. 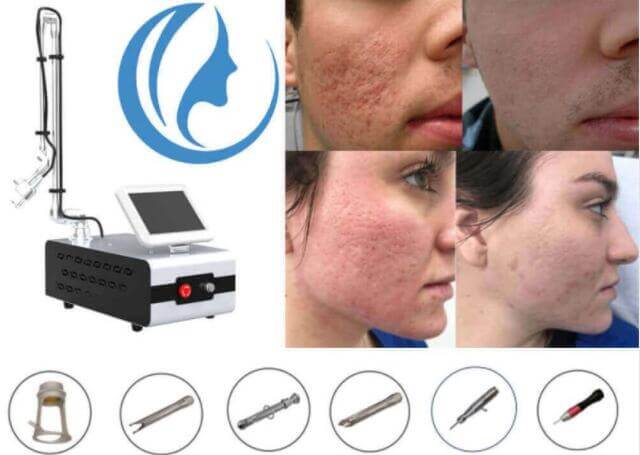 What is ablative fractional laser?

Ablative fractional laser is a type of laser that emits a laser beam. The laser beam can instantly stimulate the skin tissue of the human body, promote the reorganization and reconstruction of collagen, initiate tissue repair and the growth of collagen fibers. Skin elasticity gradually regains its youthful, healthy radiance. 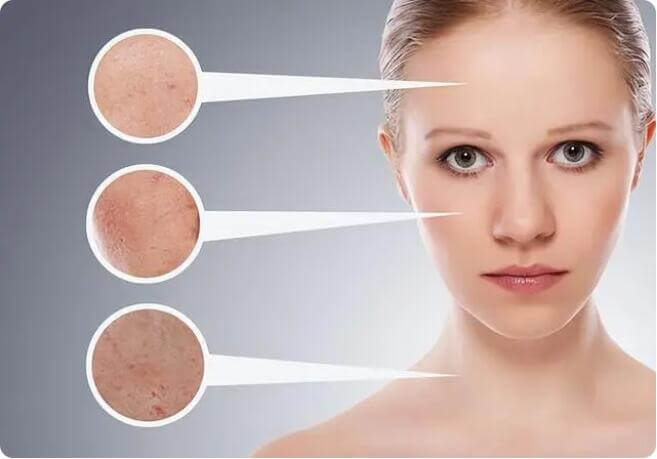 The most essential difference between the two is the formation of different skin lesions.

①Ablative fractional laser: Use the laser beam to exfoliate the bad skin and let the new skin grow, just like changing a layer of skin.

Fractional peeling laser is very effective for the treatment of pores, wrinkles and scars, but the healing time is long (there will be slight redness and swelling, and the scabbing time is about 7 days), and the pigmentation rate is high (about 5%), especially for People with darker skin are at higher risk of developing hyperpigmentation.

Increase the collagen and elastic fibers of the skin to restore the "baby muscle" and restore the skin to a youthful state, so as to achieve the purpose required by beauty seekers. Although the skin will not fall off, the photothermal effect penetrates through the epidermis and penetrates into the dermis, which can still make our skin delicate and firm. 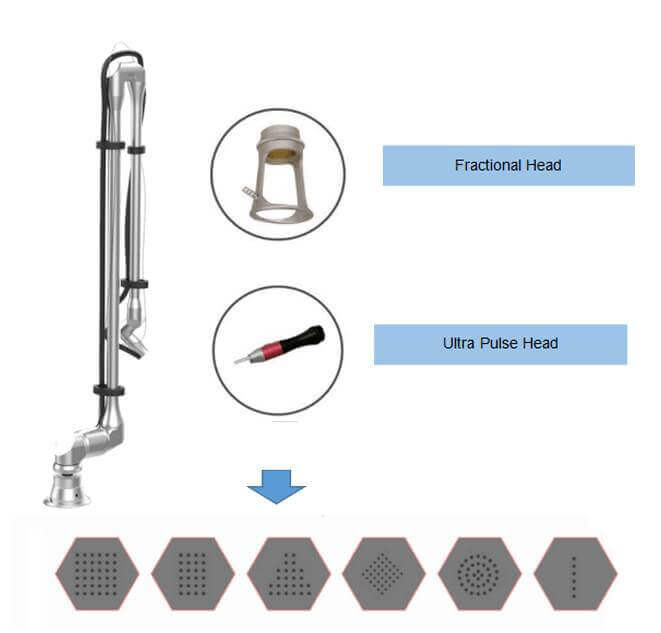 Advantages and disadvantages of ablative and non-ablative fractional lasers 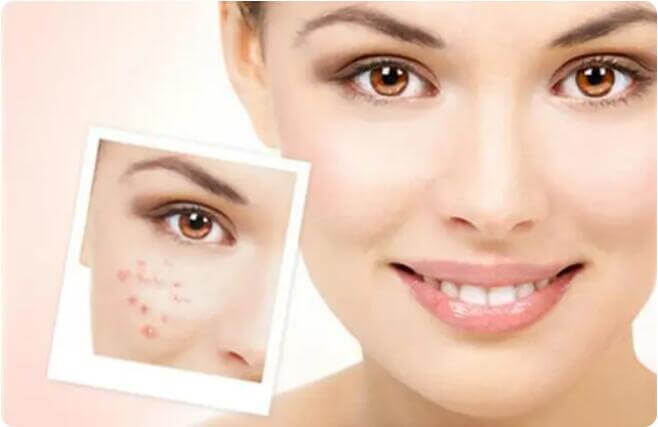 In fact, choose both according to the beauty seeker's own physical condition and skin condition. When choosing which laser treatment technique to use, the following factors should be considered:

1. Types and symptoms of skin lesions.

2. The patient's age, personal wishes, and expected results (the operator needs to explain to the patient the differences, adverse reactions and curative effects of various treatment methods).

3. It is best to combine multiple types of lasers or pulsed light with other treatment methods to achieve the best treatment effect. 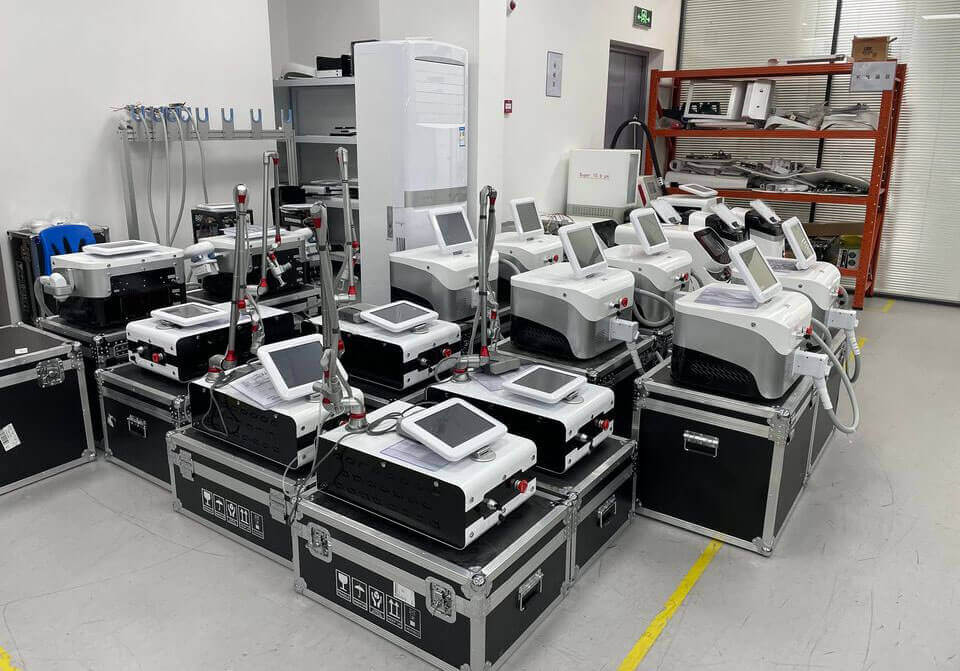 Introduction of Contraindications of Fractional Laser

3. People with high expectations for treatment and poor mental state.

6. Have done other medical cosmetic items before the treatment.

7. Patients who are unwilling to use sunscreen after surgery. 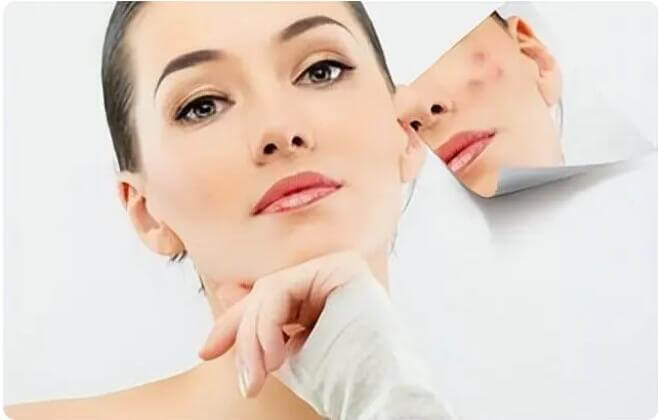 1. Anti-inflammatory ointment (such as erythromycin ointment, chlortetracycline ointment, etc.) should be applied to the treatment site to prevent infection and inflammation of the treatment site; however, be careful not to apply too many times, otherwise it may cause scab formation and scarring.

3. Strenuous exercise should not be performed during the recovery period after laser treatment to avoid complications such as infection in the treatment area caused by sweating.

4. The scab on the treated area will fall off on its own within a week or so. Don't be tempted to pick it up with your hands, as this will easily cause scars and darkening of the skin.

5. Because everyone's skin condition is different, some people will have pigmentation after treatment and some will not. Under normal circumstances, these pigments will slowly fade in one or two months, and some people may take up to half a year. 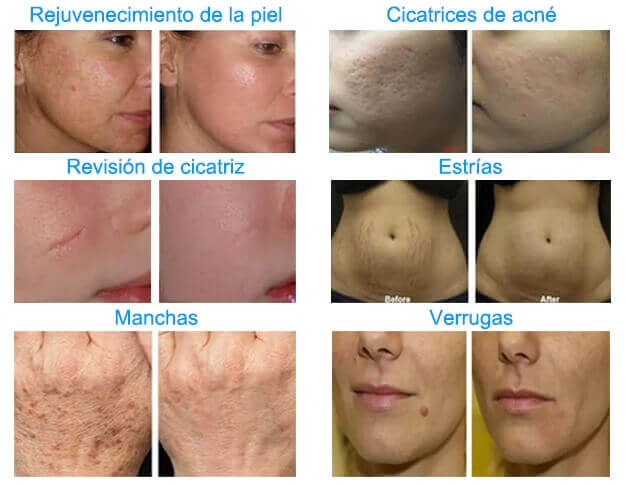 Fractional laser skin resurfacing technology must go to a regular medical institution to choose a professional doctor. The treatment time is short, and life goes on as usual after treatment. In addition, the effect of fractional laser in moisturizing, wrinkle removal and whitening is also more advantageous than other medical beauty projects.