The role of CE Certification picosecond laser machine is mainly to removal pigmentation spots, improve skin tone, and make the skin firmer. At the same time, it can also remove small wrinkles and achieve the purpose of skin rejuvenation. It mainly uses high-frequency lasers, which can be considered to be about 1,000 times that of the previous commonly used lasers. Through high-frequency lasers that penetrate deep into the subcutaneous dermis, pigment cells can be quickly broken and decomposed. Metabolism is excreted out of the body, which also achieves the purpose of diluting pigmentation. 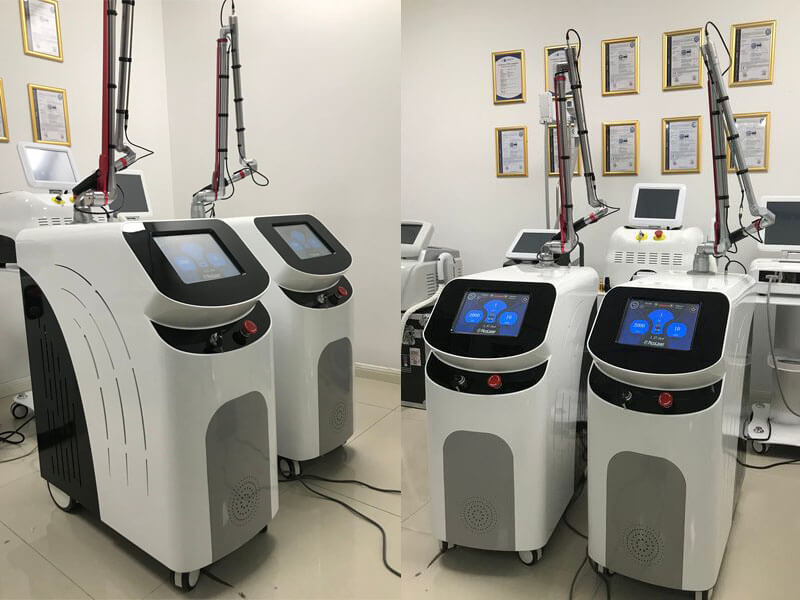 The role of Picoseconds

2. If a honeycomb lens is added, it can also form a lattice-shaped laser energy distribution. The stimulation of skin collagen by high-energy points can cause certain thermal damage and cause local collagen remodeling. Collagen shrinkage and remodeling leads to improvement of skin surface wrinkles, achieving the purpose of wrinkle removal and rejuvenation.

What is a Picosecond

1. Picoseconds belong to lasers, which are called picosecond laser technology. The picosecond pulses are relatively wide, so the purpose of treating skin problems is more extensive than other beauty programs. Beauty seekers can choose according to their own skin conditions. This technology is a newly developed instrument project, and the cost is high. It is recommended that beauty seekers choose picosecond laser treatment when other laser treatments are ineffective.

2. In clinical practice, photon rejuvenation can usually be used to treat pigmentation spots and large pores. For acne pits and acne scars, fractional laser can be selected for treatment. Red blood can be treated by erbium laser. For different skin problems, you can choose the corresponding laser for treatment. If you find that the peak of the bottleneck period is reached after such laser treatment, and the treatment effect of the remaining skin problems is not good, then choose picosecond laser treatment, you can achieve better results. The new type of laser is relatively expensive. If the beauty seeker has better economic ability, picosecond laser treatment can also be performed directly.

The Effect of Picosecond

The picosecond laser machine effect is generally better, which can restore the skin to a smooth and white effect in a short period of time. It will not cause any damage to the skin during use. It can also effectively crush the pigmentation and spots on the face to achieve freckle removal. Whitening effect. Picosecond is a relatively common laser. It generally uses the effect of light and heat to directly irradiate the skin. It can completely smash the melanin in the skin and decompose it into the smallest particles, which will be metabolized to the body with the body to achieve freckle removal.

All in all, the narrower the pulse width, the more concentrated the light energy, the better the energy can be concentrated on the target, and the stronger the effect of freckle removal. Picosecond laser machine can selectively remove melanocytes and solve various skin problems caused by melanin.